WHY SINGLE USE PLASTIC IS A BIG THREAT TO EARTH 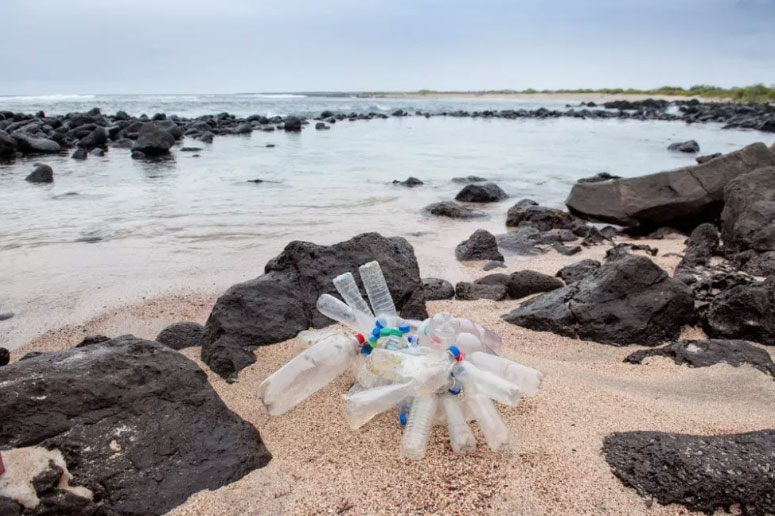 In the Standard Newspaper

There has been a national conversation about the future of PET bottles (disposable plastic bottles) in light of their devastating effects on the environment. Polyethylene terephthalate (that word is quite a mouthful, so let’s just stick to PET) bottles are ubiquitous. They are used as packaging materials for a wide variety of products including soft drinks, alcoholic beverages, detergents, cosmetics, pharmaceutical products and edible oils.After plastic carrier bags, which the government banned last year, PET is easily one of the most common packaging materials in Kenya.

The problem with PET starts when it lands in the hands of the consumer. Many do not know what to do with them hence they end up as waste in the environment. They clog drainage systems causing flooding and damage to infrastructure in urban areas, particularly during the rainy season. PET also have serious impact on human health as well as on marine and land life. The bottles contain a chemical that has been associated with certain types of cancer, neurological problems and defects in newborn babies, among others.  Plastic bottles, together with the bottle tops often end up at the bottom of the ocean where they are consumed by marine animals which confuse them for food.

What shall we do with PET bottles, considering that they are very much a part of our lives? Last year, the government took the giant step of banning the manufacture, distribution and use of plastic carrier bags to protect the country’s fragile ecosystems. By doing so, Kenya joined the ranks of a growing number of African countries that have banned or imposed taxes on plastic carrier bags. Sadly, there is an active black market for plastic bags in all these countries which makes it difficult to come up with concrete statistics on the efficacy of the ban/taxes.

It is, however, unlikely that the government will go the same direction with PET bottles, at least not in the near future. But everyone is agreed that something needs to be done.I like an educational poster I bumped into online which boldly announced Reduce Reuse Recycle. These three Rs should inform our future action on PET bottles. To start with, most people who purchase the products packaged in plastic bottles simply want the product, not the packaging material. So they often have no idea what to do with the packaging material once they consume the product. That’s how these plastic bottles end up in walkways, rivers, parks and landfills. The owners of the products should, rightly so, take ultimate responsibility for the waste plastic bottles.

But we are also aware that the current environment doesn’t make it any easy for companies to take back their plastic once the consumer is done with them. That is where the national and county governments come in. These have a critical role in policy formulation and execution, public education, building the necessary infrastructure and putting in place a regime for reward and punishment.

The second thing is that the use of plastic bottles can be avoided in more cases than we imagine. For instance, we recently held a workshop at the United States International University Africa where drinking water was provided at a central location. Delegates were asked to carry along their own reusable bottles which they could use for the duration of the conference. As a result, no disposable water bottles were provided at the meeting. Now imagine if the entire hospitality industry followed suit and all workshops and conferences held in this country encouraged delegates to bring along their own reusable bottles. We could significantly reduce the amount of plastic bottles used every year.

The tourism sector stands out as one of the biggest users of PET bottles. We have approximately 1.5 million tourists who visit Kenya each year, staying on average 6 days. They are provide with 1.5 litres of water (mostly in 500 ml bottles) a day. That is 27 million plastic water bottles a year. We can replace these with a tap system or big reusable containers where water can be bottled on the spot. The elimination of single use plastic in the sector would be a great statement by the tourism industry in Kenya.

It can be reused creatively

There are also areas where PET bottles can be reused for various purposes instead of just disposing of them. I have seen individuals in rain-starved regions use them in small scale irrigation, helping, for instance, to increase the survival rate of tree seedlings by planting plastic bottles filled with water next to the newly planted seedling. Schools are known to use plastic bottles for learning purposes while low income neighbourhoods sometimes use them for solar water disinfection. Though not very common, plastic bottles can be used as building materials in low income communities. What happens is that the bottles are filled with sand and used as building blocks for a new house which is then mudded or cemented together to form a wall. Some of the bottles can be filled with air or water, to admit light into the building.

Recycling of PET bottles can be big business, which creates jobs, protects the environment and supports other sectors of the economy.

This process should start with sorting waste, handing over to recyclers who can use them to produce various items including mattresses, clothing, pillows, carpets, strapping or PET bottles.There is opportunity for county governments to clean up beaches and the general environment in the process creating jobs for Kenya’s unemployed.In conclusion, we should actively apply all the 3Rs simultaneously when dealing with PET bottles and where possible, avoid using them. If you have to use them, be responsible enough to take care of your waste. Consider reuse in the home or hand them over to someone who can reuse them. Try sorting them from other waste and hand over the same to enterprises which deal in recycling. In here lies new business solutions for alternatives, preferably locally produced products to boost our economy, reduce youth unemployment and develop business with a positive impact on People, Planet and Profit