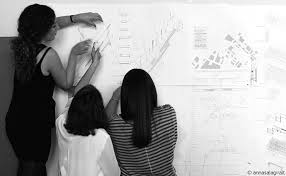 This article was featured in the Daily Nation

One of the issues that stood out for me in the political party manifestos presented during the electioneering period — and this is not surprising at all — is the challenge of youth unemployment.

Kenya’s youth population (age 15-34) is at about 35 per cent. Statistics indicate that one in every six young Kenyans is unemployed — which compares badly even with the relatively smaller economies of Uganda, Tanzania and Rwanda. In fact, in the 2017 edition of the Global Talent Competitiveness Index, Kenya is ranked 97th in talent competitiveness out of 118 economies globally.

The high youth unemployment rate is not a recent phenomenon, however, having been so for more than two decades. It is, therefore, easy to see why it consistently came up top among young people’s priority concerns. One hopes that the elected leaders will not sweep this concern under the rug or treat it as just another campaign issue as it hurts Kenya’s competitiveness.

Fundamentally, the consequences of having millions of young people out of productive labour are very serious. Some have described it as a time bomb waiting to explode. I choose however to view it from a different perspective: As a huge opportunity that is only waiting to be tapped. But why are there so many unemployed young people in our country? One reason is that the quality of training at all levels of education does not match the needs of the nation and region.

Certainly, improvements have been made over the years. However, our education system seems to encourage rote learning — where students are expected to memorise content for the purpose of passing examinations. They are prepared to get jobs and, whereas this seemed to work with a smaller population, it is no longer tenable. Kenya is potentially very rich. We have adequate rains and good soils, which support the production of all manner of crops all year round. The country is known for its tourism potential owing to its rich wildlife, wonderful beaches, unique culture and picturesque countryside. Above all, we have a ready market with trade blocs such as the East African Community and Comesa making it possible to access hundreds of millions of people.

We must think hard and long. We need an education system that recognises these realities and prepares young people to exploit them early. We also need a system that shapes mindsets towards entrepreneurship and innovation while encouraging students to pursue studies in areas they are talented in instead of compelling them to study sciences and the arts till high school. It is unfortunate that, even after completing tertiary education, some young people still seem unable to decide their career destinies. It is even worse that there are young people who pursue courses in university that they won’t practise — a waste of money and opportunity.

We need an education system that emphasises innovation and value addition and instills pride in the value of work. The second reason that explains the bulge in youth unemployment is that the economy is not growing at the same rate as the population. This is something that the county and national governments must look into. It is not enough to just put money in sectors and projects. We must go further and think about the outcome and results in terms of sustainable jobs. Which areas can create the most jobs in the short, medium and long term?

Agribusiness has not been given as much attention as it deserves. It is time to increase budgetary allocations to agriculture to a minimum of 10 per cent as per the Maputo Declaration, with specific targets over the next 10 years. Finally, there are many businesses — mostly large but also, increasingly, the small and medium enterprises — that have immense capacity to productively include young people in their value chains without necessarily employing them. But these businesses need to be deliberately engaged.

It helps to give young people opportunity. By doing so, we inspire their creative spirit and introduce them to ideas they would never have stumbled upon. In this regard, I wholeheartedly support the President’s internship programme, which has been reinforced in the manifesto for the 2017 elections.